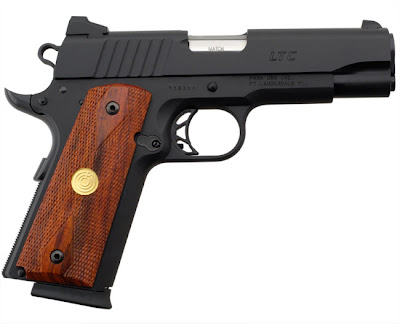 I've really enjoyed the Para Gun Blog 9
But since they only made 10 I'd like to keep it in good shape. So I sort of ordered the Para LTC in 9mm, it should be in shortly. The reason I sort of ordered it I saw that CDNN had a bit of a clearance going, so I emailed my dealer & inquired about one, now if you will recall last week I was dealing with kidney stones, & was taking some strong stuff for pain, & well the wording in the email, the dealer assumed I wanted one, so he ordered it. He then emailed me & told me it was ordered, so I did respond a bit surprised, & he then reread the email I sent him, & said I didn't have to take it, since the email did sort of hint that I wanted him to check on it, not order it, but then he offered to sell it to me at his cost plus shipping, as it were a comedy of errors on both sides. So I decided what the hey?, and told him I'd take it.

Once I get it broken in as it were, I'll likely use it as my carry gun.
I will likely make all of my future 1911's Para's, but mostly because they are cool people that make cool guns.