The Course: July 10th-12th Hojutsu-The Japanese Art of Shooting
This is about 5% katas (movement) in the Dojo, and the other 95 percent is shooting.Soke Jeff Hall and Sensi Norm Hall will be teaching the course, and Sensi Dave Grossman may be along.Course is $375 Deposits required.Handgun, mim of 3 magazines, strong side holster, 1000 rounds of ammo. contact us at training@madduckttc.net to sign up 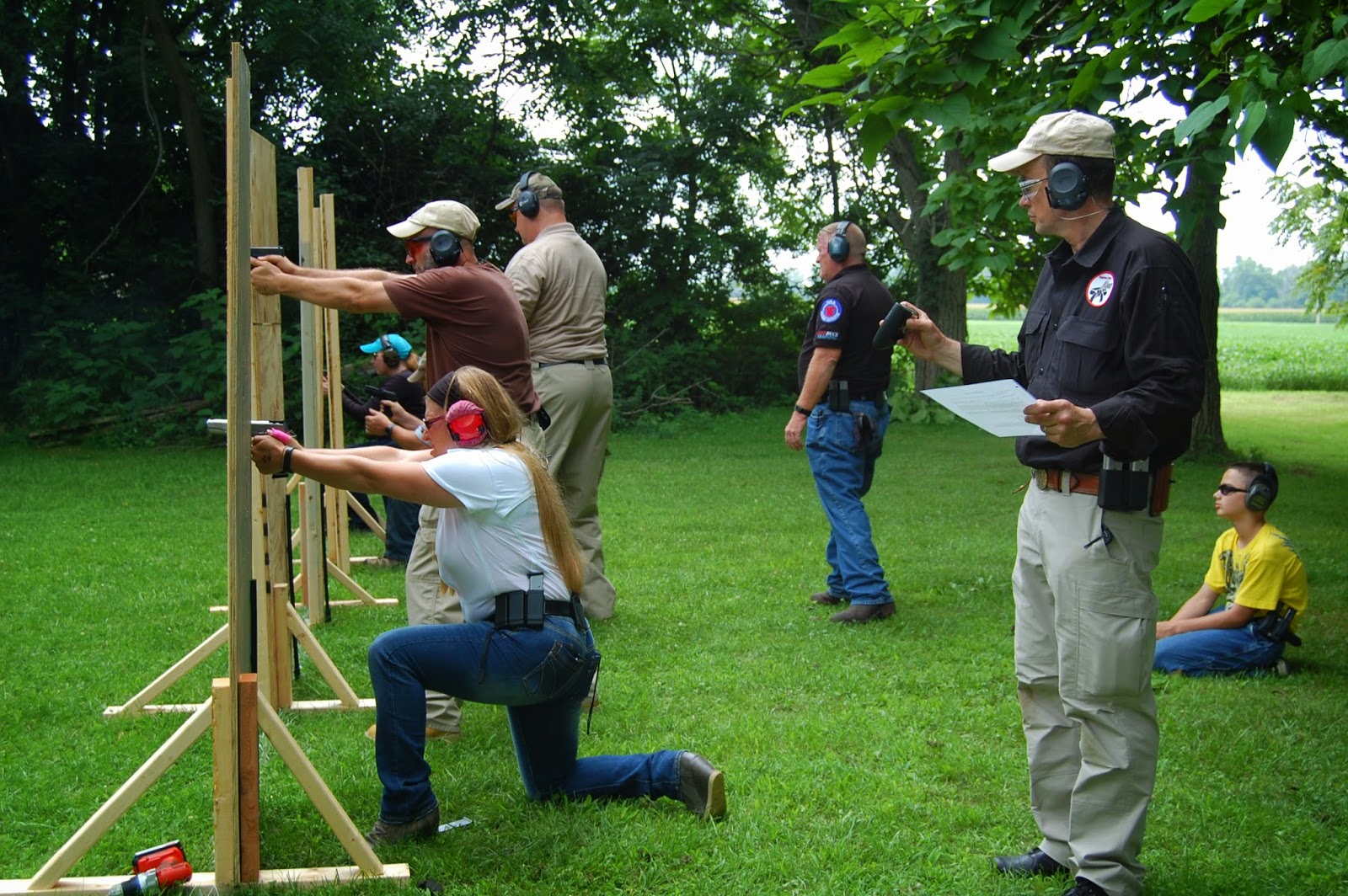 Background:Hojutsu, the art of gunnery, began its development in Japan in the early 1500's. Matchlock firearms were first imported by the Portuguese; after the Battle of Nagashino in 1575, where peasants with firearms defeated classical Samurai; firearms were embraced by some warriors. Hojutsu is defined as "bujutsu" or "koryu budo"- Old Tradition arts, arts established prior to 1868. The term ryu refers to the "school" or "style" of the art. I have taken the liberty of changing "gunnery" to shooting to reflect the art's use of individual weapons. The ancient martial training systems and protocol remain unchanged.
In Hojutsu-Ryu, we begin training with the handgun; the handgun is the king of personal defense, given its portability and concealability. We progress to the revolver, shotgun, carbine ("assault rifle"), precision rifle, and submachine gun. We include empty hands, sticks of all kinds, and edged weapons into the art. We practice kata using firearms and the other tools listed above, with the intent that a true master of the art should prevail in a fight from flat on his back to 300 meters away.Hojutsu-Ryu is one of the very few lethal martial arts that is combat-proven in today's world. In addition to Soke Jeff Hall, twelve Hojutsu-ka (practitioners) have won lethal gunfights; all are law enforcement officers, serving from Nevada to Alaska. Three used carbines, two used shotguns, the rest used service pistols, and shots ranged from one to eight. 95.6% accuracy was documented, all officers were uninjured, and all suspects died. Contrast this with the national average for police hits in shootings of only 16% 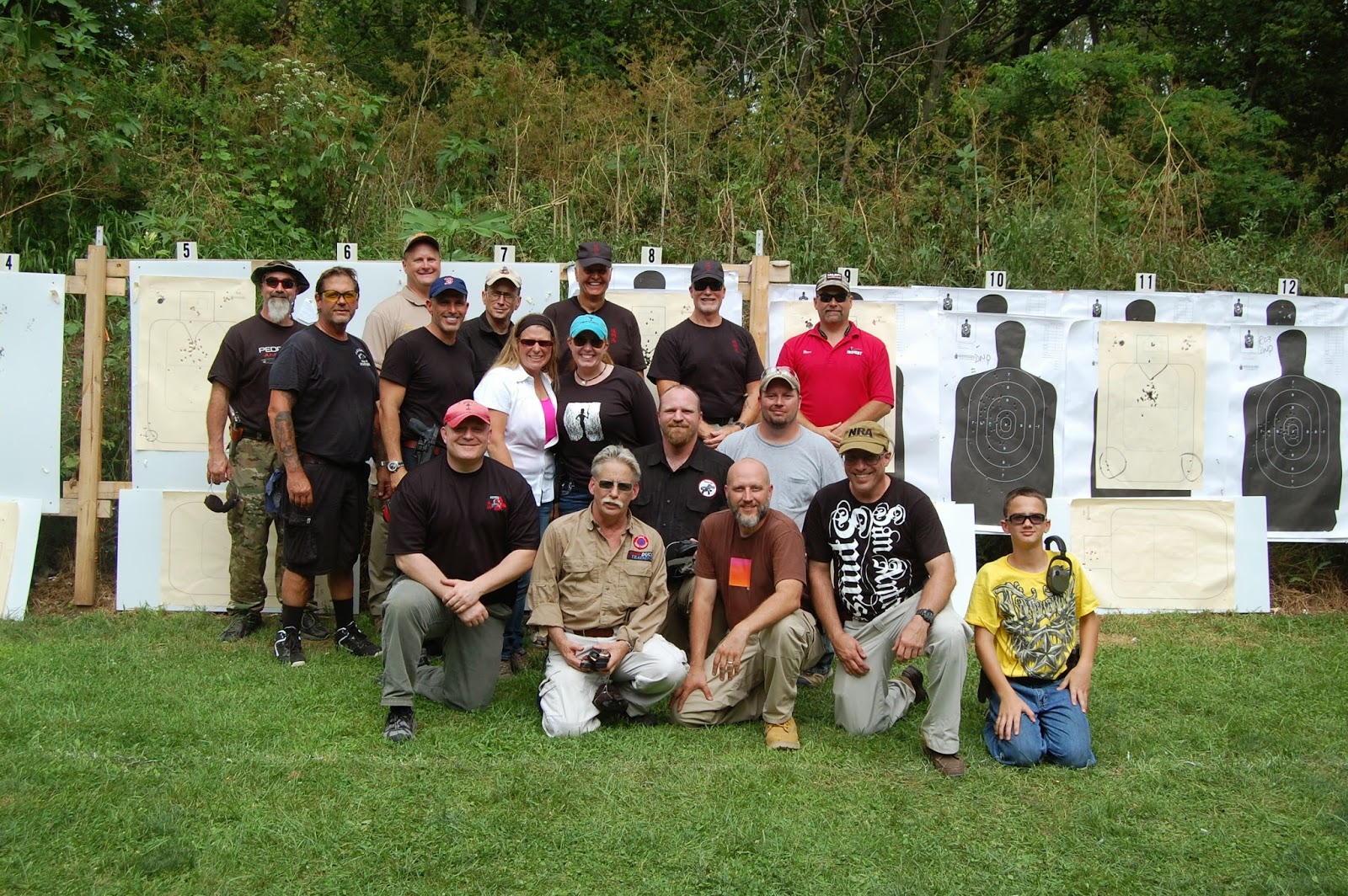 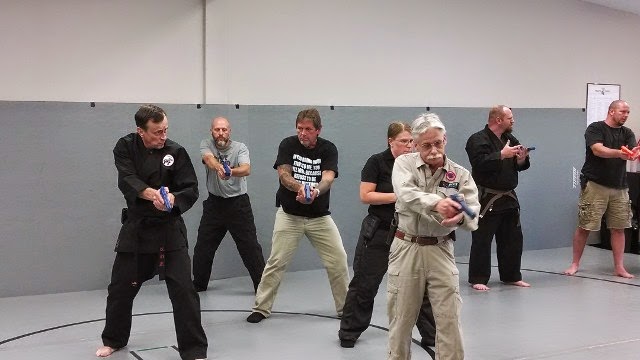 soke Jeff Hall
Chief Instructor Jeff Hall has been shooting for over 50 years and has been a student of firearms combatives for 40 years. He has over 25 years of military and police experience, with a strong emphasis on SWAT. He has also studied traditional arts for 30 years, holding ranks 3rd to 10th Dan in five arts. In 2012 he was promoted to Godan (5th Dan) in Shudokan. He is an NRA Distinguished Master, one of 25 Handgun Combat Masters in the world, and a law enforcement Master Instructor. He is a retired Alaska State Trooper lieutenant who spent nineteen years on the pistol team and 12 years on the SWAT team; he has used the techniques he teaches in combat. Hall travels across the U.S. and teaches nationally for several professional training associations. He has published numerous articles and has written several training manuals. He is an NRA certified instructor in handgun, shotgun, submachine gun, carbine, and precision rifle.
Hall shot competitively for many years and studied many styles and techniques in developing Hojutsu, after finding the military and police training inadequate. However, Hall's focus on shooting is to survive lethal encounters. While some styles of shooting may do well in competition, Hall prefers what is proven in real combat. Additionally, there should be commonality in all training- the way we fight with empty hands should flow to sticks to knives to handguns, long guns, and back to empty hands. In Hojutsu, we believe that "He is Best who trains in the Severest school"- we train hard so we can fight easy.
Hall was inducted into the U.S. Martial Arts Hall of Fame in 2005 and into the Universal Martial Arts Hall of Fame in 2007. Hojutsu has also been recognized by several Halls of Fame, with Jeff Hall as the head of the modern system.
Hall is currently training for the Four Weapon Combat Master test, and to become the second ever to pass the Handgun Combat Master test with a revolver.
Sensi Norman Hood Norman Hood retired as a Command Sergeant Major from the US Army after 24 years of service, and then spent six years with the Alaska State Troopers before entering Government Security Contract positions. Norm has more than 35 years of experience in operational law enforcement, training, logistical and support planning for private security companies, military and state police organizations, as well as 28 plus years conducting rifle, pistol and shotgun training, including Concealed Carry courses as an independent contractor with a private firearms academy in Alaska and as a former adjunct instructor at Blackwater Worldwide, Inc. Norm is an NRA instructor and holds the “NRA Distinguished Expert Pistol” rating. He is a member of the International Law Enforcement Educators and Trainers Association (ILEETA) and is certified by the State of Indiana as an Emergency Medical Responder, the State of Illinois as a Certified Firearms Instructor, GLOCK Professional as a GLOCK Armorer, and FEMA as an Active Shooter Responder Trainer. Norm is Shodan, 1st Dan (Black Belt) in Hojutsu-Ryu (the Martial Art of Shooting).
Posted by The Duck at 10:06 PM