I have to admit, I have gone over the FBI Handgun Wounding & Effectiveness report more than once, and they found HP's only expand in the area of 55-60% of the time, I will also admit there has been a lot of design progress on HP bullets since that report was released. Now HP's work on hydraulics, fill the cavity with soft tissue fast enough and the round opens, and we have seen a number of shootings where to heavy clothing the cavity is filled, and the round fails to open, hardened bone such as the sternum, can damage the tip in that nano-second of impact that is prevents opening, so we know there are failures to perform as advertised. In recent years I have been using expanding jacket ammo that relies on impact rather than hydraulics.

When I attended LFI, Massad recommended the Federal 124 gr Jacketed +P+ LE load for 9mm for hollow points in 9mm.

What is the trade off from traditional HP's and expanding jacket?, well in a word penetration. But ether design does meet the FBI requirements of at least 12 inches in test media, most exceed it, and from various reports I've seen the expanding jacket expands 98% of the time.

The expanding jacket designs do seem to feed more reliability, across the board, they do not over penetrate. They have been getting excellent feed back from the shootings, and there was a podcast somewhere on the net, that Massad said there have been very positive results from Hornady CD round.


So look at what's out there, as we all know some ammo has been hard to get, compare various loads, make you own decisions. Also keep in mind the ammo makers can tell you what their product will do in a test medium, but organic targets are unpredictable, as to how they will react to being hit with a certain round, or how the round will perform in that particular target. As I had posted awhile back, you can hit some people with a 22 short and they will drop like a bag of hammers, and others will soak up half dozen 45's and keep coming.

So we really are back to square one, Training, it ain't the gear that will save you, only your effective use of the gear will promote that.

The human target is a complex and durable one. A wide variety of psychological, physical, and physiological factors exist, all of them pertinent to the probability of incapacitation. However, except for the location of the wound and the amount of tissue destroyed, none of the factors are within the control of the law enforcement officer.

We all at one time or another get caught up in this gun or that gun this bullet or that bullet, and rather than argue about it here on the net, we should be at the range honing our skills.


It reminds me of a young student I had about 5 years ago, he was just getting ready to turn 21, and was taking his CCW class. During a break he came up to me, and mentioned he he had noticed that I was carrying a Browning HP, he went on to explain to me, that on the net he had read that they were obsolete, and and would be ineffective at stopping somebody, and perhaps I should consider getting a Glock 19 as they were proven man stoppers.

There was a moment of silence, and I replied I won't tell him what brand of gun I have and he won't know it's obsolete, & I'll hope for best. 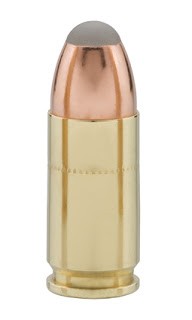 The Mechanics of Terminal Ballistics

WHAT'S WRONG WITH THE WOUND BALLISTICS LITERATURE, AND WHY