I'm Gracie, and they say I'm home...not sure yet 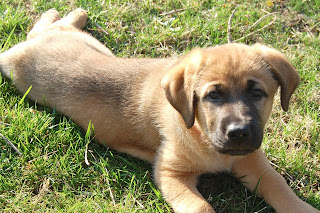 Had a short-haired calico named Gracie, because she was a klutz and after Gracie Allen.
Would respond to "Say Goodnight, Gracie"
There are worse names.

One of the best dogs I ever had someone dumpedhere, she was a cross between a dobi and a rotti.
The first week here I tried every name I could think of with no response, around the 4th day she tripped over a stick and fell and I said "way to go Grace", and she exciting responsed to it.

She loved going to the range, I know one time she laid down beside me while I was shooting prone with an AR, she had about all 30 casings laying on her when I got done and the tail was gong 100 MPH

When shooting pistols she would stand in front of me and whine then when the shot was fired would run to the target, then run back and whine till the next shot so I could shoot 50 rounds of slow fire and exercise the dog at the same time.