Catastrophic failure of a .300 Blackout

Not sure of the cause, over pressure round, barrel obstruction fired out of battery, I may get to see it in person tomorrow. 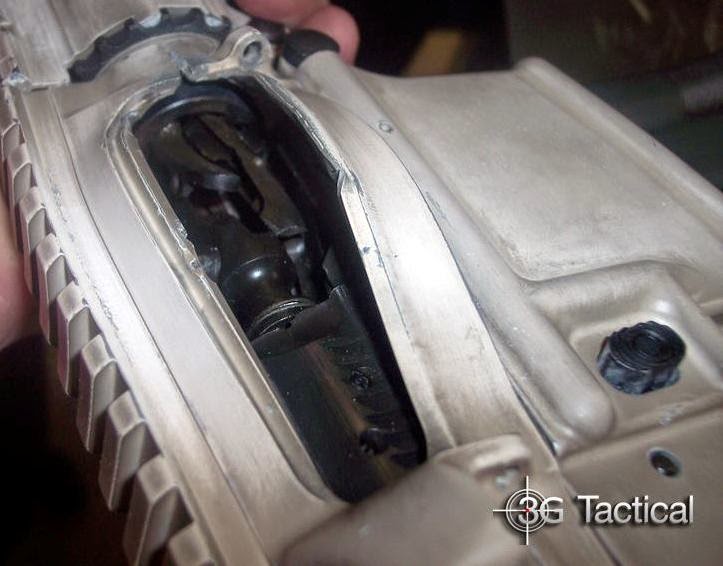 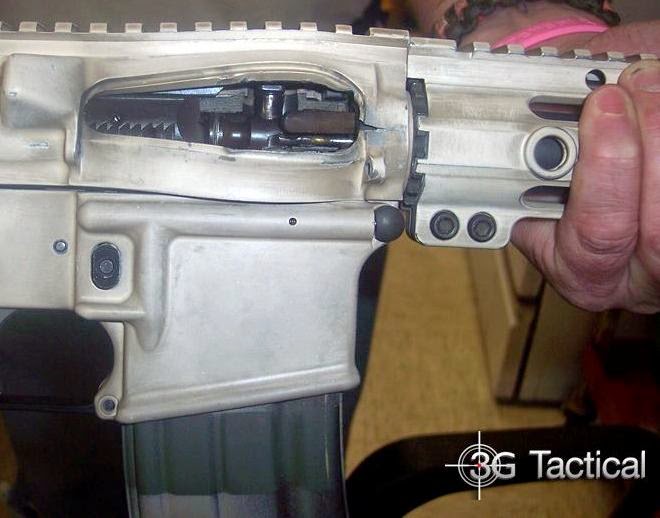 Whoa!! I'm still trying to figure out why .300 blackout if you don't have a suppressor? I just don't "get" the cartridge...

From right to left, the first is a standard .223 Remington for a size comparison. Next is the 300 Blackout, then a .338 Whisper round that launches a 300 grain rock downrange at 1050 FPS. I also load these with a 200 grain bullet and raise the charge to send it downrange at about 2200 FPS. Next is .458 SOCOM. These are loaded from subsonic 500 grain rock throwers to over 2000 FPS ballistic tipped 325 grain bullets. These have become quite popular with hog hunters and they run on the AR15 platform with little more than a barrel change.

Next is one of the .510 Whispers with a 50 cal BMG API rock stuffed in. 28 grains of H110 powder sends it along its subsonic journey into a hard target. A nice report and big smiles from the shooter erupts.

Last is another 510 with a Lehigh Defense, controlled fracture, payload bullet. These machined brass projectiles have slots cut in for the petals to expand. Also in the nose is a .243 cal ballistic tipped bullet to shift the CG forward to improve flight characteristics.

I'm glad that you appreciated them. I enjoy sorting this stuff out and its nice when someone appreciates it.